Today, I decided to do something useful! 😉

I did a comparison of 5 common stereo microphone placement techniques.

For this purpose I recorded city street ambience (semi-distant) in the city of Montreal.

I was situated in a open-spaced park, kind of up-hill, at a distance of about 70m from the nearest road.

I did not use omni microphone for 2 reasons: I simply did not have access to one at that time, and most of all I think it should be the subject of another comparison exercice (difference between microphones, polar pattern,…). I must advice Omni are maybe the best option for ambience recording but not everyone have access to a good quality pair of omnidirectional microphone, plus depending on what you record, cardoids would be a better choice (but this is an all other topic that I will try to delve into in the future).
In my case, there was a building behind me, with a disgraceful fan noise (even at 50m far), so I can assure cardoid choice was way more friendly for this location than omni.

I will, along the audio examples, explain the techniques implicated in the exercise. 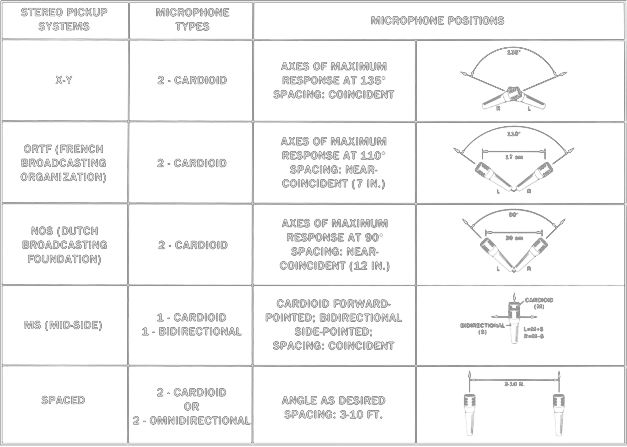 ! I want also to warn that these recordings are not pure of extra noises, there were some sirens, and people passing around, but overall I think it is still a good reference for a comparison purpose. 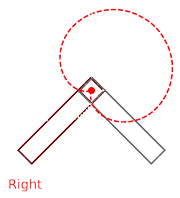 This technique is maybe the most easy to set-up. It is also the one that we encounter the most for built-in microphone on handheld recording devices.

It consists of placing the capsule at the same point with an angle of 90°. It is possible to vary the angle more or less in order to widen the stereophony.

Although the center imaging is very stable,  it is less impressive as a stereo ambience recording as it narrows the spread of the soundscape. It is known of having less phasing issue since the capsule are coincident, but it is to the extent of dampening the sound in a certain way making it less appreciable than other techniques (in my opinion). 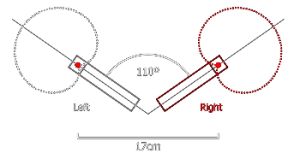 I love this one as it allows to a good stereo balance on most of the sound reproduction systems and is relatively mono-compatible. Also it is more easy to set-up than NOS or Spaced Pairs.
This technique is intended to replicate the earing of the human head by placing the microphones at the average actual position of the ears (around 17cm) and at an angle of 110°. However some technicians call it ‘binaural’ or ‘semi-binaural’ as it creates a soundfield similar of the reality, true binaural recordings use omni microphone and dummy head to shape the frequency range response and gives different results.

This technique is less known and less used, but it is really interesting as it gives a wider stereo scape than ORTF, however it is more difficult to put in practice as it takes a wider microphone bar placement or 2 stands. It is not as impressive as the spaced pairs and can introduce a ‘kind-of’ ‘distorted reality’ if we take into account the the separation between the capsule are wider than the human ears. Although for distant ambiences, it gives some nice results. 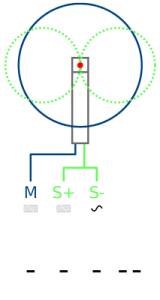 The M/S gives a perfect mono compatibility. It is easy to set-up and doesn’t take much space, so easy to carry around. In this configuration a cardoid microphone is put in coincidence with a bi-directional microphone. The signal then needs to be simply decoded. It gives real different results than any other techniques. From my view, I wouldn’t use it on ambiences, it truly isn’t fit to be ambience oriented because the center (the M channel) plays an important role in the balance of its recordings.

I like it a lot if I am recording some specific elements and want them to have some spacial informations transcribed through the stereo field. Otherwise I prefer to avoid it for ambiences.

There are no rules for spaced pairs. Any pattern (omni/cardioid/…), distance (50cm to 3m or more..) and angle.
I think it is a matter of experimentation. I will tend to think the wider the space is, the wider the distance should be; But in reality your taste and the end-result prescribe the choice of the placement. Despite that this technique gives impressive stereo recordings with a big wide spectrum, it deforms reality and can introduces artifact particularly when looking for mono-compatibility. It is good to advice it for distant ambiences, but the difficulty to set it up can refrain to use this technique.
Rode NT5 Pair at 3m from each other:

Sennheiser MKH8090 Pair at 3m from each other:

I don’t think there is one way better than another, the choice fall back to 4 variables :

I included the source files, wav 96Khz/24bits (although they were recorded at 192KHz) in this zip available to download.

In the future, I would like to conduct a comparison based on microphones types and polar pattern instead of placement techniques. Also I am interested about blumlein pairs and Jecklin disk but unfortunately didn’t incorporate them in the test. So more stuff coming soon…

Find more sound effects – hand-picked from the best sound creators in the world.

Try a search below: