Magic Elements vol.1 :
The library is great. It’s mastered in a way that allows for some pretty extreme processing. Thanks! I’ll check out some of the other ones.

I’m finding that I’m using Rustle Tones on every single project at the moment and just wanted to say thanks for such a great library. It’s so useful!!

While creating the ﻿spooky forest and winter atmospheres in “HAGAZUSSA”, Articulated Sounds Libraries “Winter Forest” and “Rustle Tones” helped me with a great diversity of high quality sounds to lead the audience “deep into the woods”. I find “Quiet Streets” really usefull in every scene, where a city needs to sound minimalistic and spare.

In the past two years of doing sound editorial, I have been searching for specific quiet sounds that general sound libraries do not provide. When I discovered Articulated Sound website, I found Quiet Streets sound library which had a great collection of quiet, calm, to busy street activity. At times when you are editing a scene you just need a calm street for an evening scene or a midnight of the night ambience. Articulated Sounds helps with subtle sound effects that are very sought after when you need clean sounding effects.

With Magic Vol. 2, you guys truly live up to your name “Articulated Sounds.” This is a wonderful library full of detailed recordings and well thought-out sound designs.
It’s clear that the sounds were created by sound artists for sound artists. With Magic Vol.2, Stephane and Vincent have done their due diligence and have anticipated many of the types of scenarios and design moves that you will certainly encounter while building supernatural-type scenes.
My secret weapon in regards to this library, as well as Magic Vol. 1, is the fact that the source recordings of fire, earth, foliage, ice, and air are so good they can be used well beyond just the intended “Magic” scenes and can sweeten and add character to many other types of scenes.
Great addition to any sound designers toolkit!

The sonic quality and well grounded metadata are great. It makes finding that sound you are looking for that much easier and lets you focus on creating rather than curating. The recordings found in the Tropical Ambiences Library really helped shape the unique ambient soundscape for the jungle scenes in “Loving Pablo”. The snap, crack and blood pop sounds found in the Bones, Blood, Gore Elements Library helped kick the gore factor up in the film “The Dare”.

While I love the exotic SFX library as much as the next guy, what really gets me excited is a well recorded “meat and potatoes” library, since my main clients are animation, where I have to create everything from scratch. Dice is just such a library, when you find all the heavy hitters like Sound Ideas, and Hollywood Edge‘s offering coming up short. Offering plenty of variety to fit any scene, I sure wish I had this a couple seasons ago. Also if you think outside of the box, there’s a lot of these sound you could use in building up some great “punching your teeth out, and spit them on the floor” type of scenes, etc. This is sure to get a lot of use in future projects.

We have been using sounds from the Winter Forest and Undiscovered Libraries on various projects in the past. The provide with nice clean and colorful elements that have proven there added value. The provided meta-data is a great help in finding the desired and right sound-effect.

Lovely sounds of quiet spaces– it is always great to have options like these for layering cityscapes. As a sound designer, and developer, I love to support the community which allows such great options for all of us in the field- thanks for making neat sounds!

Charles MaynesSound Designer, developer2 Academy Award Sound Editing Awards, 2 Emmy Awards and 4 Golden Reel Awards
If you would like to add your own testimonial on this list: please jump there! 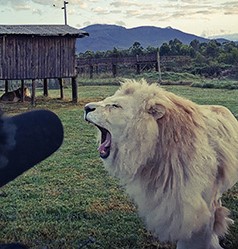