We are at the dawn of a new era in media production.

The immersive art of VR and AR has been on the rise the last few years.

It has been a tremendously warmly welcomed new technology by consumers and manufacturers. We are witnessing a blooming field in the industry. New companies, studios and tools are now emerging.

The whole industry of film and video game is shifting towards VR and it brings a whole array of problematics.

And as usual, sound is often an ‘after-thought’ process. It is our duty to find the solutions, think and propose new ways and products that cleverly fulfil the needs for audio in VR and AR.

In the last few months, we’ve seen ambisonics, binaural and 3d audio under the spotlights. 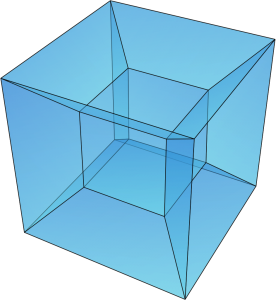 It is still time for exploration and experimentations.

Here is a selection of podcasts and resources that are worth watching out.

These can help to sort out, be inspired, and embrace the new world of full-immersive 360 media such as Virtual Reality technology.

Audio workflow for Cinematic VR is evolving into a hybrid of game audio and linear post-production, borrowing the best ideas from both worlds. This session covers audio post, mixing techniques and rendering tools and technology with workflow examples from LeBron James: Striving for Greatness (Dec. 2015) and the Philip K. Dick inspired VR short film I, Philip co-produced by European broadcaster Arte (Feb. 2016). The session will conclude with a look at the future and how both the tools and the technology need to evolve to make the most of VR and ultimately craft better sounding stories.

These articles from ‘Designing Sound’ are great resources:
Audio And VR

“There’s been more VR content made in the past year than the last twenty combined, thanks to the emergence of the Oculus Rift, Sony’s Project Morpheus and other such virtual reality (VR) devices. There’s lots of innovation happening on the visual front, including new methods of gameplay, narrative structure and visual design. The obvious question: what’s happening on the audio front?

There are discussions about audio for VR across the Internet but most of them are related to the technology behind binaural/3D positional audio. There also is lots of academic research related to auditory interfaces spanning the past couple of decades. A search on Google Scholar will lead to lots of good material worth reading.” ….

With the recent rise of virtual reality (VR), there is a growing interest in fully spatialized 3D audio. Several plugins are available for implementing 3D audio, and choosing between them can be difficult, especially if you’re tackling this technology for the first time….

Past, Present and Future of Music and Audio in VR

In this blog, I thought we might take a quick look at the development of the three dimensional audio technologies that promise to be a vital part of music and sound for a virtual reality video game experience.

Starting from its earliest incarnations, we’ll follow 3D audio through the fits and starts that it endured through its tumultuous history. We’ll trace its development to the current state of affairs, and we’ll even try to imagine what may be coming in the future! …

Just as a stereo pair of videos gives us the illusion of a 3d view from exactly one perspective, but does not contain the information to let us know how the world looks….

The future of Stereo – How to be immersive

We could talk about new and old multichannel recording/playback systems, but we know that most of the listeners are more often in a stereo configuration in their everyday life, and the purpose of this article is based on stereophony.

If we look towards the recent events, something is going on in the stereo world, and news are, as usual, coming from the image world.

As videogames does in first person’s games, videomakers were wondering how we could propose images were we could “turn our head”, so they invented 360° videos….

Surround Sound: Understanding the audio challenges of VR and AR