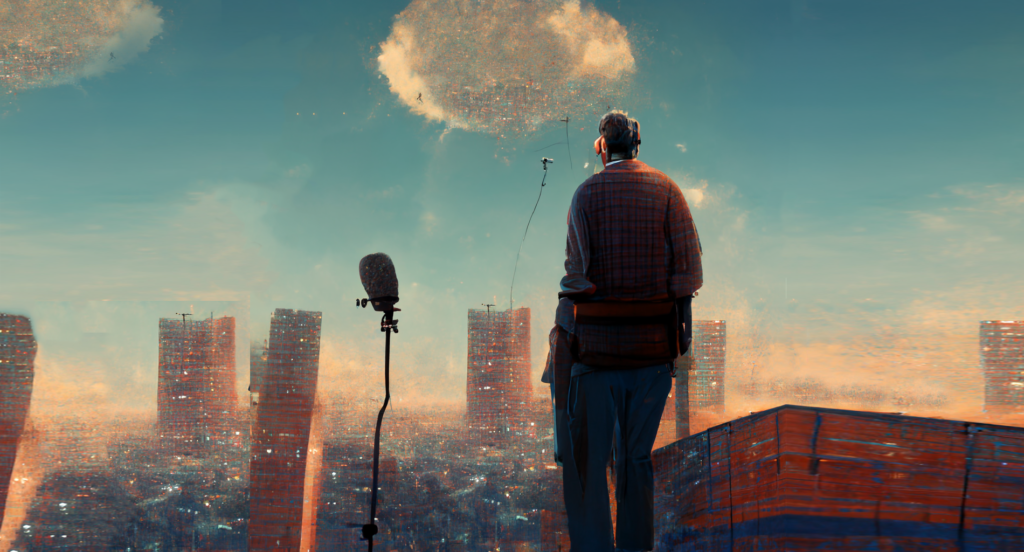 An interview with Stephane Fufa, the creator of ‘Traffic Tones’ library

Stephane, can you tell me a little about this project and how it started?

Yes, of course, the making of the library ‘Traffic Tones’ started a few years ago. At that time I was working on various projects, some video games, and short movies. I witnessed a pattern about the need for backgrounds in most city scenes. I was wasting time looking for the perfect cityscape sound that would fill in the blanks between the dialogs. Of course, the sound I was after would need to be as long as possible but without any sudden jump of loudness or denoting elements. The ideal background would help to create an emotional atmosphere and suits the physical environment. This was a list of requirements that no tools or sound libraries at that time would have answered. I was literally cutting the sounds every second and wasting time. I found out that I was not the only one dealing with this situation. This is when my quest took shape, I started to think of the project of the library ‘Traffic Tone’. A sound library of cityscapes that would act as ‘room tones’ but for the exterior urban environment. And what best basis for a city drone than the sound of Traffic?!

How did you decide which sound to record or select? What was your reasoning behind these sounds?

The main idea was to deliver the less conspicuous ambiences possible, but also keep the most diversity and flexibility for the user. I was already on a quest recording sounds all over the world. Hence the diversity aspect was naturally introduced from the place captured. But to get the right result it took time and patience. Getting a long ambience of undisturbed background noise is not easy. This is one of the reasons the project took 5 years. I was really after the idea of recording traffic ambience as some kind of ‘Zen pads’ that would envelop the whole scene as smoothly as possible but also be descriptive with precision to set up the scene in an atmosphere that would fit its environment. As for flexibility, we decided to deliver separately along with the ambiences, a wide selection of ‘one shot’ sounds that would support the use of the library by giving more options to create his/her own personalized atmosphere. Among these sounds are a lot of isolated horn sounds, and a huge pool of single pass-bys of any kind.

Were there any technical challenges along the way?

Yes, there were many difficulties of course. Finding the right spot and the right time to record was one of them. Juggling with weather conditions and finding the right balance to get an even recording was a little challenging.
The editing process also was tedious, particularly the ‘single event’ sound section. Since we decided to deliver isolated sounds, we had to go through a meticulous phase of the cleaning, so we could deliver the most effective separated single sounds.
The planning also took us a great amount of thinking, particularly how we wanted to classify the sounds in order to create the most useful library possible. We ended up classifying the ambiences into 6 sub-sections.
Another aspect is that from the beginning we aimed at recording all the sounds in Quad surround format. However, along the process, it happened that we stumbled upon perfect locations but only got a stereo recorder at hand. The logistic difficulties behind traveling and recording at the same time are always tricky. And as I already stated in previous articles, I like the minimalistic approach of traveling lightweight, some sounds wouldn’t have been possible to record if we were always using a bigger gear setup. So, we ended up having both quad surround sounds and stereo ones. We kept both in the final library.

All in all, I am happy with how the library took shape and am mostly proud of the end result.

Any final words about this library, and future development you want to share?

Of course. I would say this library is probably the richest that exists in the market in its category. As the recordings span 5 continents with a variety of vehicle types, terrain, location, weather, speed, and perspectives. We even did record from the pyramid of Giza, what an experience!

I truly believe it makes a great tool with ready-to-use sounds that can be directly inserted into inconspicuous backgrounds and are seamlessly loopable. Making this library made me discover the fascinating world of ‘vehicle horns’, and even though we included more than 100 horn sounds, I am now very keen on capturing more kinds of horns and with more precision, this would be the subject for a future library project, there is no doubt.

If you want to know more about the library ‘Traffic Tones’, here is the link to the library page:
TRAFFIC TONES – Articulated Sound Library